By B. Baasanjargal
B. Baasanjargal graduated from the National University of Mongolia, at the Faculty of Social Sciences of the Department of History, as a historian and history teacher in 1998.
In 2013, she received her master’s degree at the Mongolian history department of the Mongolian National University of Education. Her thesis was “Concerning certain issues of Mongolian historical photography studies (End of 19th century to 1957)”.
She worked during 1998-2010 at the Mongolian National Museum of Mongolia as a registration officer of treasury and at the repository department, as a research worker, and as a head of the treasury, repository and conservation department.
Since 2010, the Mongolian People's Party has been planning to establish a “Museum of Independence”. She is currently working as a researcher in charge of collecting and researching exhibits related to Mongolian history during twentieth century for the museum.

In his Mongolian Language Dictionary, the scholar Ya. Tsevel defined it in this way: “Photography is an act of developing the form and shape of an object on a special film that is sensitive to light; also, the photography that developed likewise and the entity in charge of taking photography is called photography agency”. It can become a main research tool and an invaluable source.

The fact that there are high capacity photographic tools and sufficient historical material provides a vast array of opportunities for research development in this area. It includes an observation of historical photography as one part of a research work.

Photography offers insights into lifestyle, properties, dress, accessories, faces of the people of the time, building, food and ritual, which reflect social and economic changes.

Importance of studying the topic: In recent times, there has been a growing interest in the daily lives of Mongolians, with numerous autobiographies appearing in print. In addition, photography has secured a significant place as a critical research tool. To summarize, studies of photography related to Mongolian history encompassing the end of 19th century to early 20th century, yet it has barely been studied.

There is a need to carefully examine and interpret the historical photographs from different points of view, such as timeline, historical circumstances, origins, content, photographer’s motivation, documentation, other images, and correlation to historical events.

It is important to note that there have scarcely been studies on intention, physical properties, content, photographic technique and approach. Unfortunately, invaluable documents and photographs have not survived.

In addition, we need to pay attention to the fact that issues concerning the records, maintainence, protection, categories, definition, videos, cataloging, usage history, current state, future development issues of photographs maintained at the state foundations, archives, museums and individuals have not been cared for to an adequate degree or raised as a matter in question.

Source and principal research instruments: When the Institute of Literature and Scripts was established for the first time in Mongolia, scientific and research work was intensified, hence much work was completed in regards to foundation of a photography reserve, small number of items were collected and in 1924 the photography laboratory was formed.

Research works and manuscripts of Mongolian scientists are preserved at the Reserve of Institute of History, Academy of Sciences, and well over 4000 historical pictures are preserved, of which the majority belong to the period after the 1920s.

Approximately 56,800 photographs pertinent to political, social, economic, party and state leaders and individuals of 1913-2007 and a photography album consisting of 342 log units pertinent to historical events of 1920-2008 are preserved at the Center for Audio Visual and Photo Records of the NCA. Among them pictures related to monks, aristocracy, people's revolution under the Bogd Khanate of Mongolia and those showing social life of the beginning of early XIX and XX century are the principal sources.

A large number of XX century photographs, which reflect many developments in XX century history, are held and well preserved at the Central Documentary Archives of the political party and public institution of the NCA. These photographs were not preserved under special logs and are held as pictures glued on to party member's application profile, statement of employment, or account records.

The account log of the Photography Reserve of the National History Museum of Mongolia lists 6300 photographs registered under order, over 3000 unregistered and approximately a total of 10 000 historical, rare photographs is a very valuable source. These photographs reflect political, cultural, art, and people's way of life and are to a large extent, political, social, and individual portraits.

The Special Archives, General Intelligence Agency primarily holds photographs concerning social state, autobiography of the politically repressed, confidential material related to missions and historical photographs that were not made publicly available. Consequently, there is a need to introduce them and employ them as valuable research sources by identifying the historical events and people's autobiographies.

In addition, the photographs taken by the foreign expeditions, scientists, tourists, and foreigners who lived in and passed through Mongolia between the middle of the XIX century and beginning of the XX are essential research materials and are critical sources for ethnic research.

The photographs of the early XX century of Mongolia were usually taken for clients and photographs and can be mainly classified as amateur. Moreover, historical photographs preserved at the hands of the people were used as additional sources for this research.

Research goal: Through this work, we aimed at summarizing the current state of research of historical source photographs relating to the XX century; determining further research patterns, identifying research methodology, conducting the research on historical photographs with scientific basis, attracting researchers' and scientists' attention to further use of these photographs for research.

Within the framework of this research, we propose the following objectives:

First: Conduct analysis on historical overview of the photographs related to Mongolian history; history of the development of photography in Mongolia, taking the documentary photography into account; collection steps and principles; structure; unique features; value of information; level which conveys history of Mongolia and research made on photography reserves;

Second: Through our research, demonstrate that photography is a historical source material which reflects specific periods in Mongolia; conduct comparative research on some photographs and on the basis of determining how history of Mongolia was documented on them, develop research models and methodology for researching photography as a source and demonstrate its importance;

Third:  Study the preservation and protection of the photographs and demonstrate how this shall be connected to the photography studies.

Innovative aspect of the research: The innovative part of this thesis is the first overview of the history of Mongolian photography of the past century. Moreover, it offers a methodology to study and interpret historical photographs. 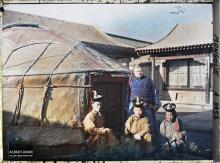 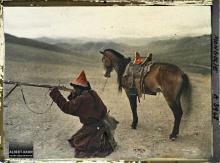 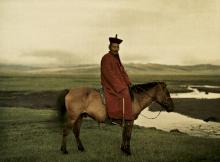